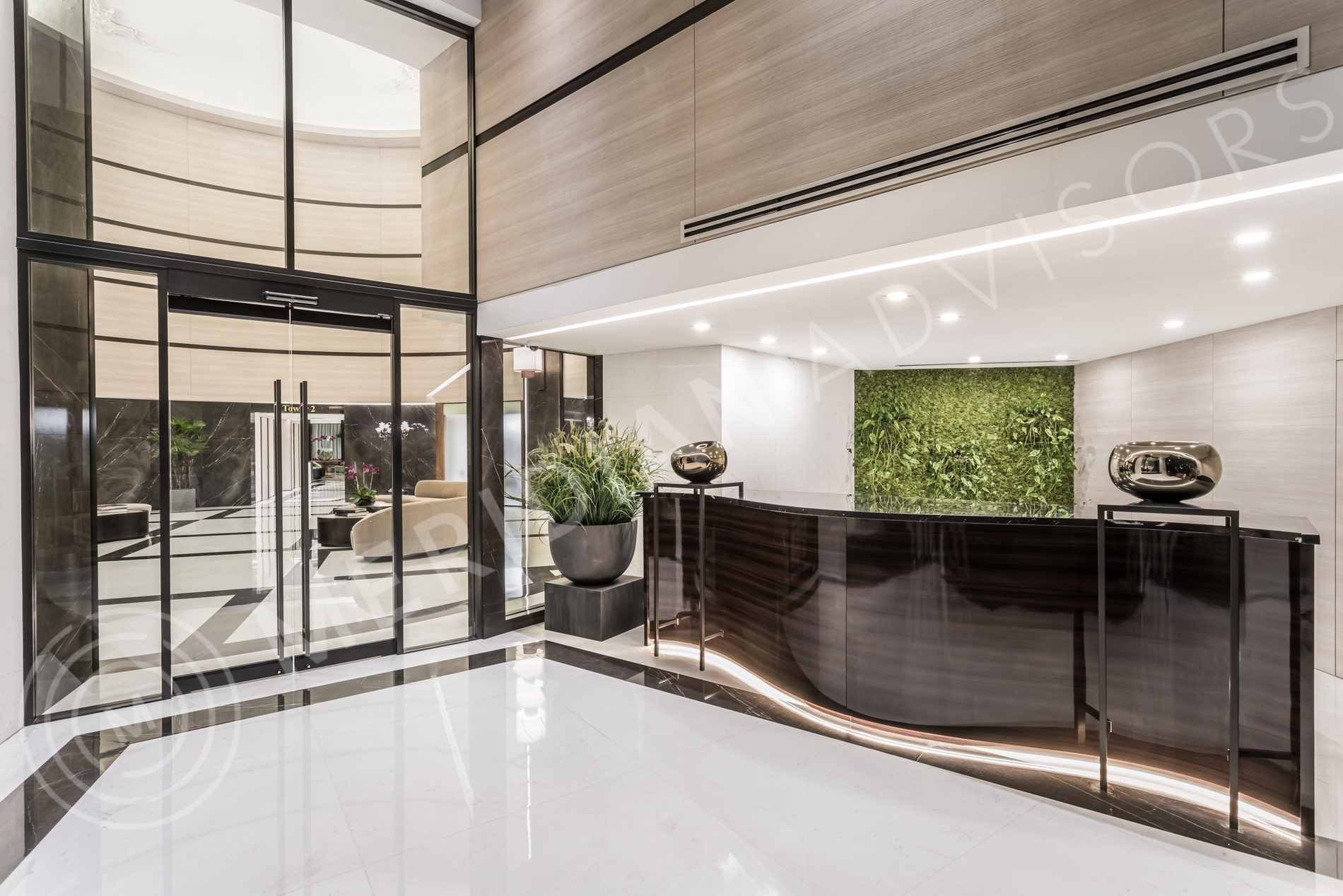 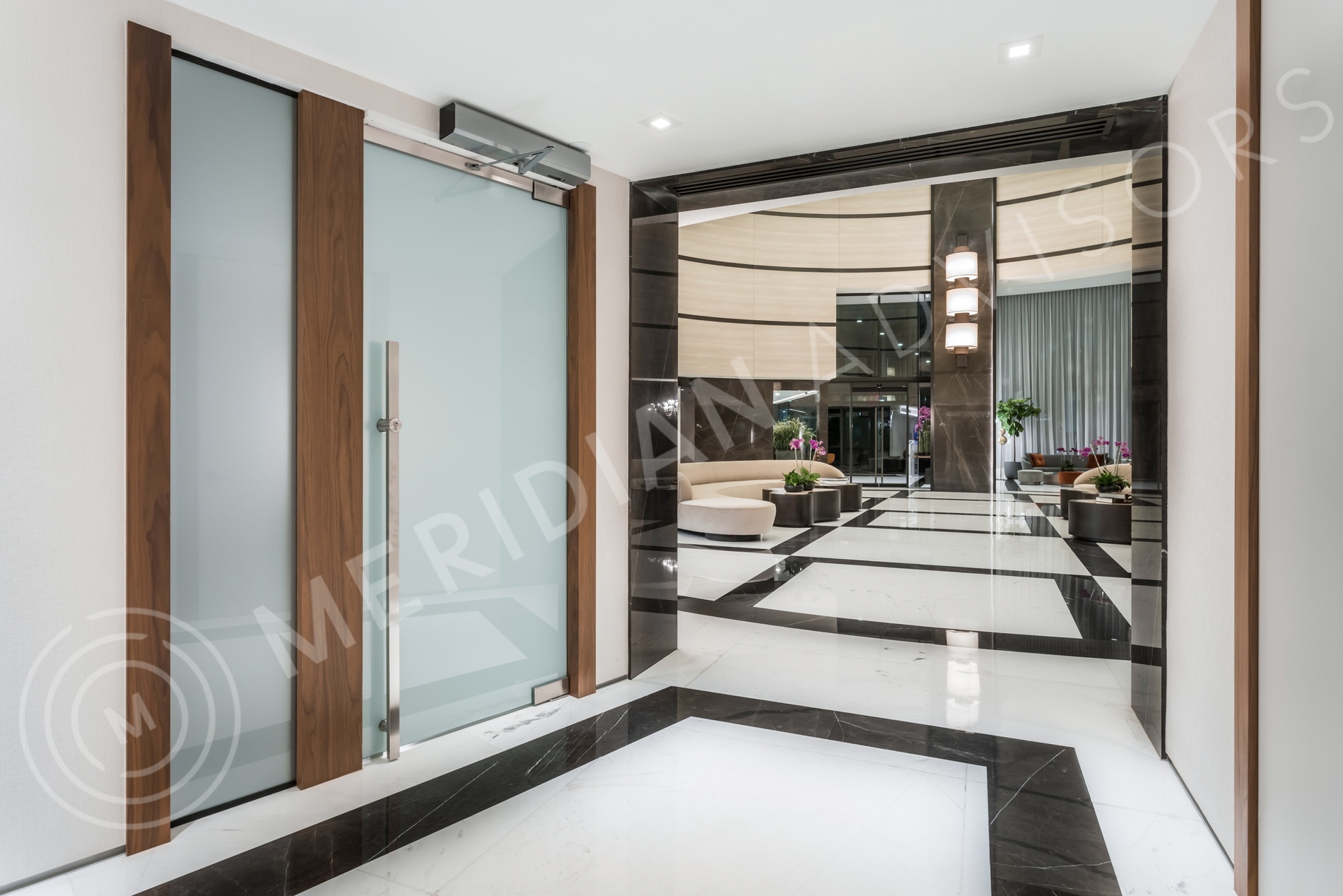 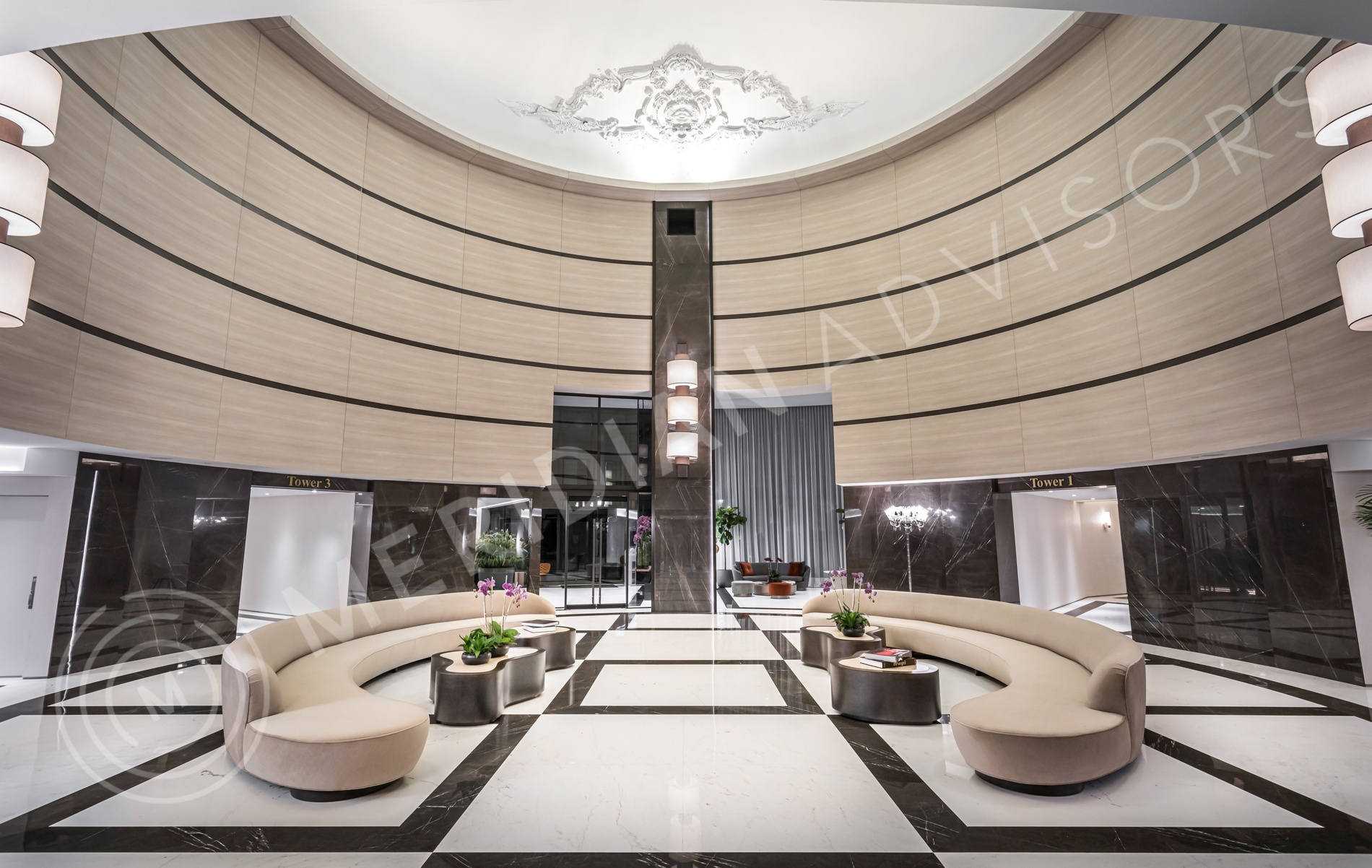 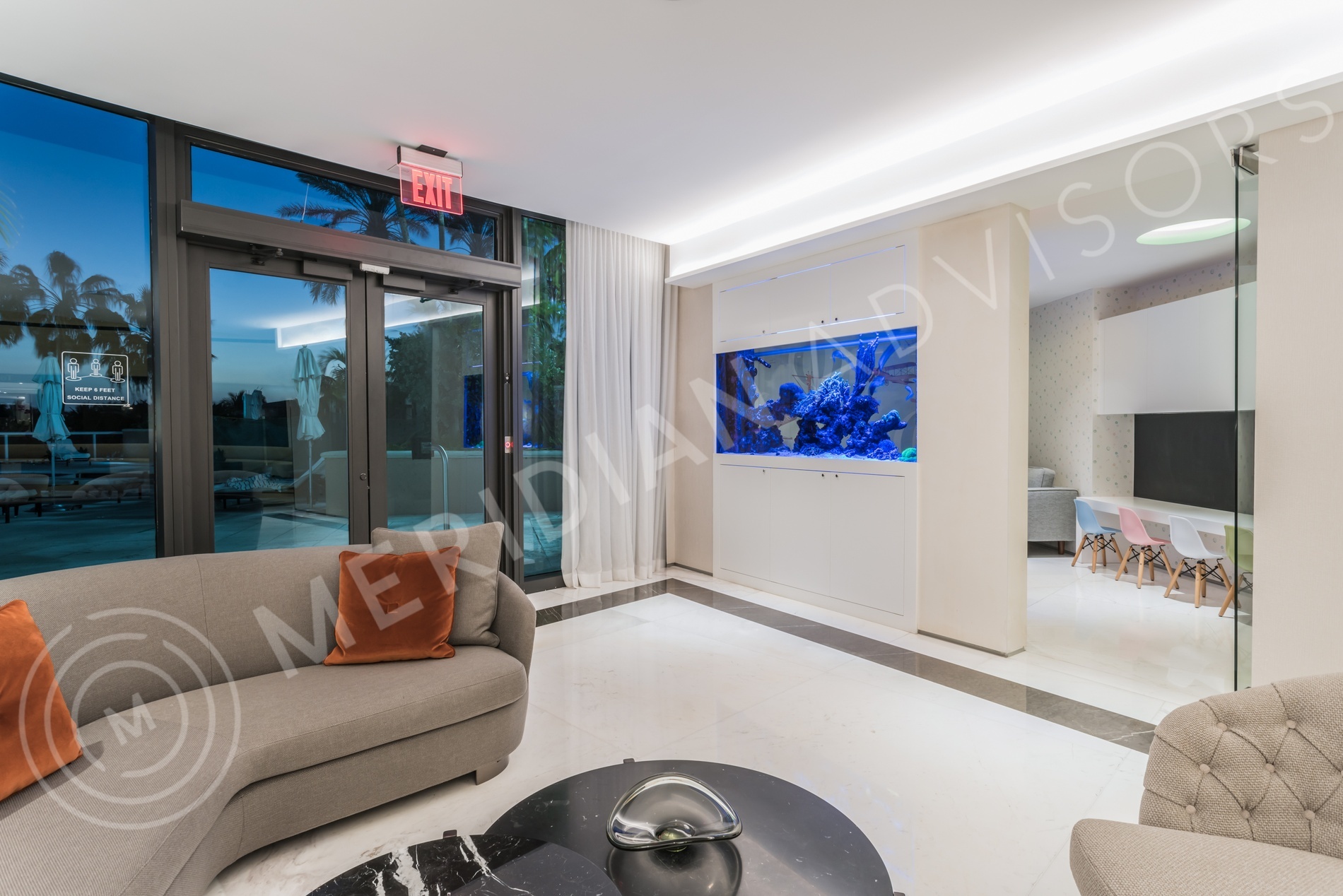 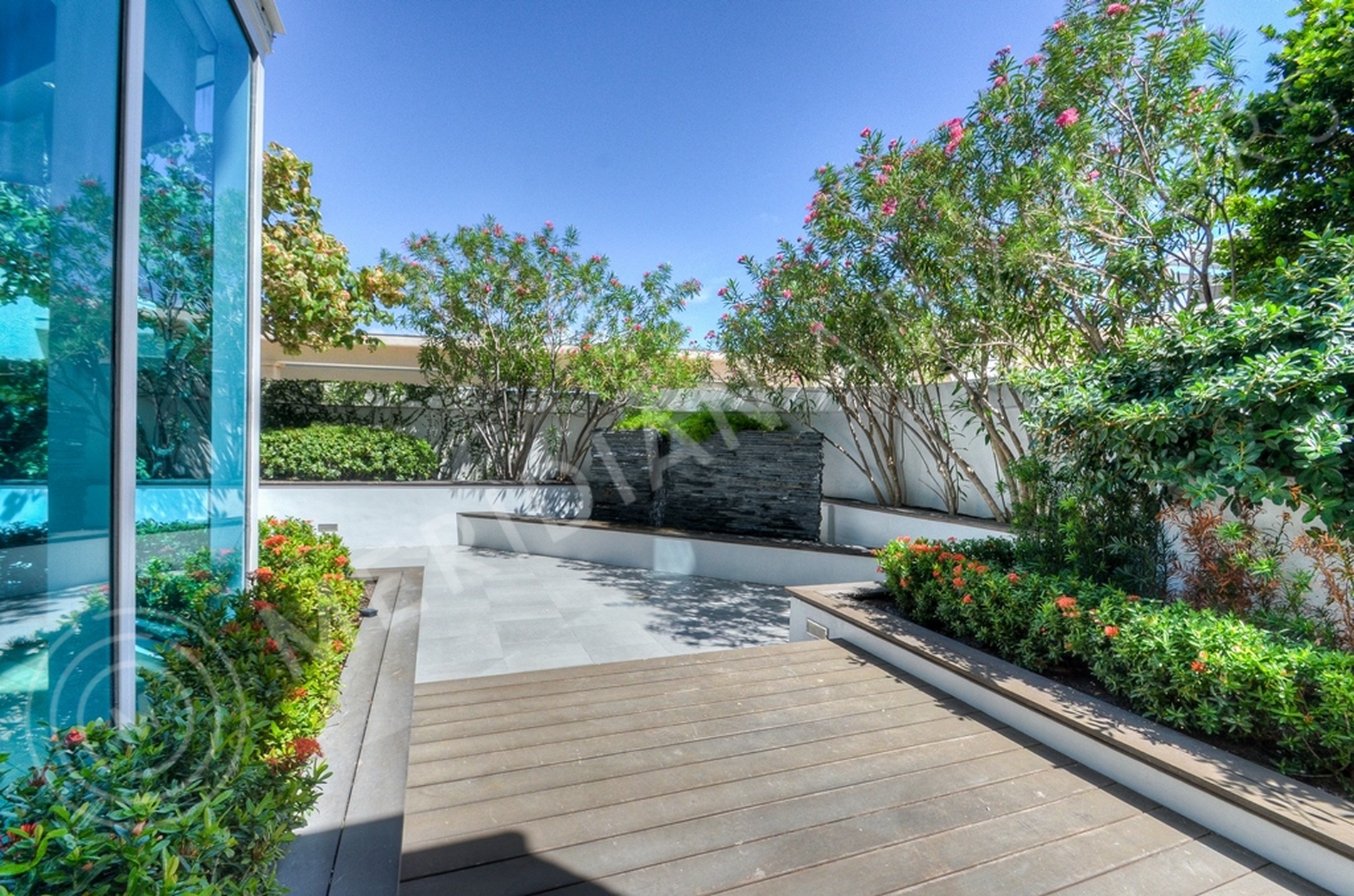 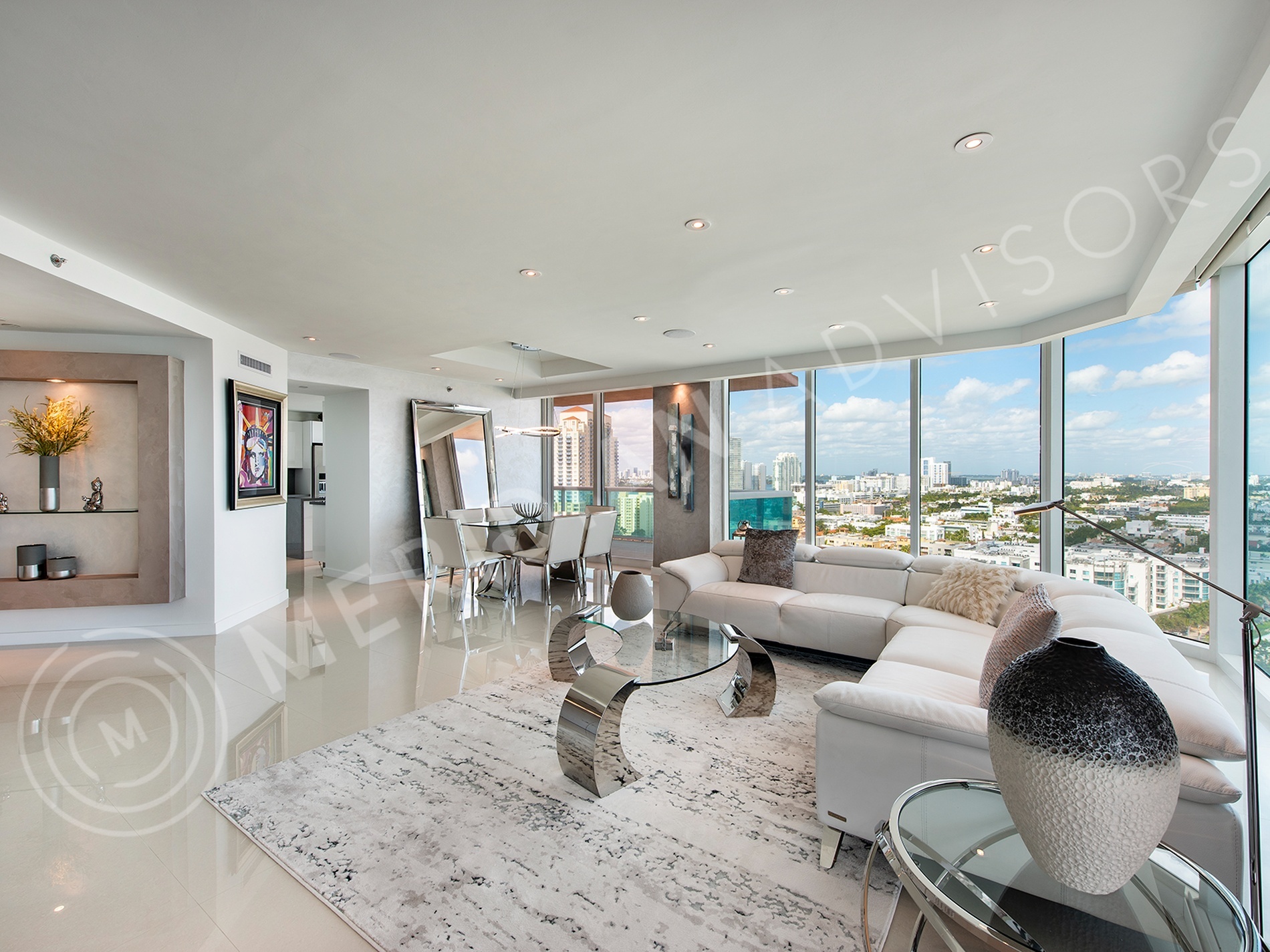 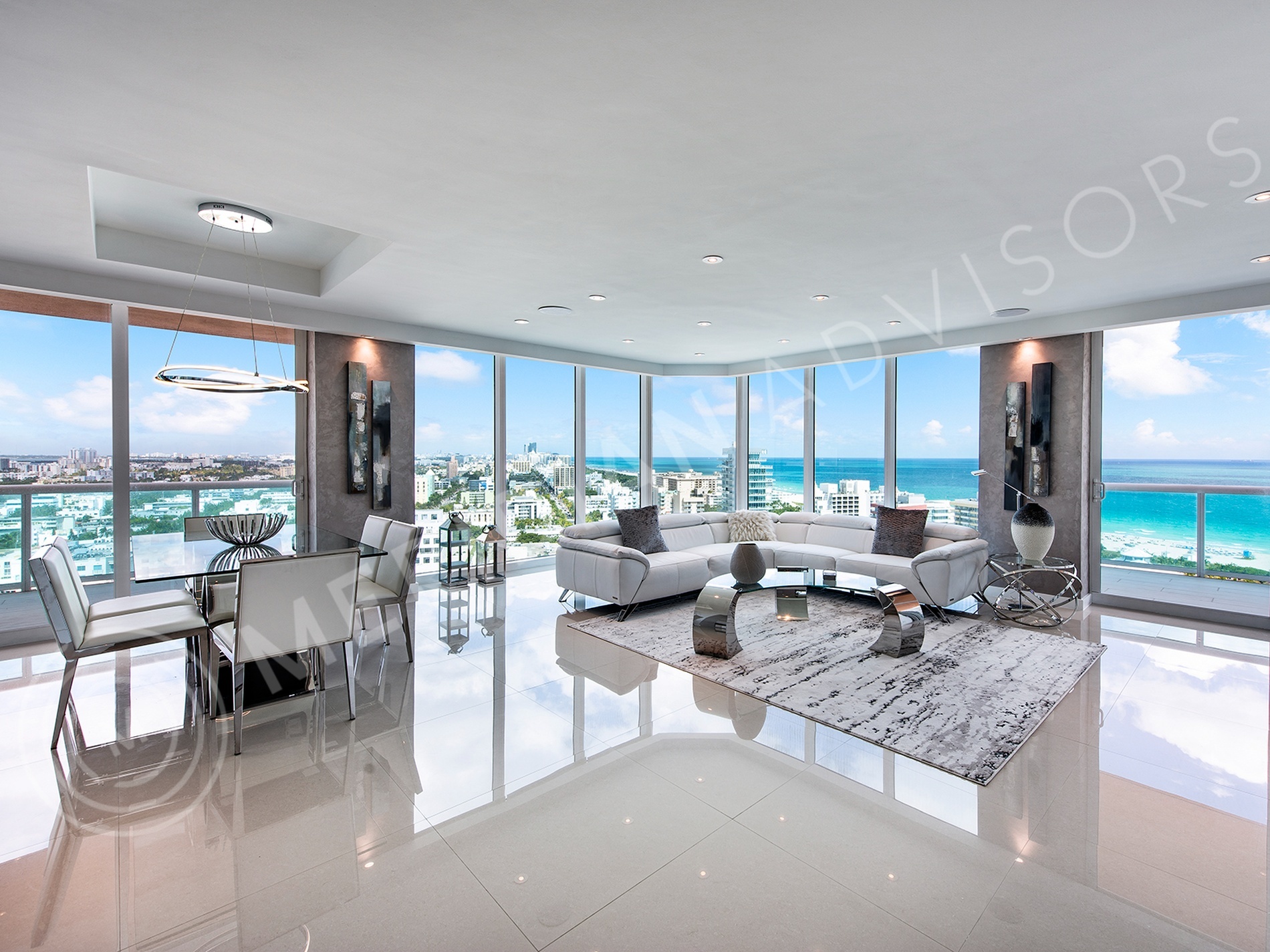 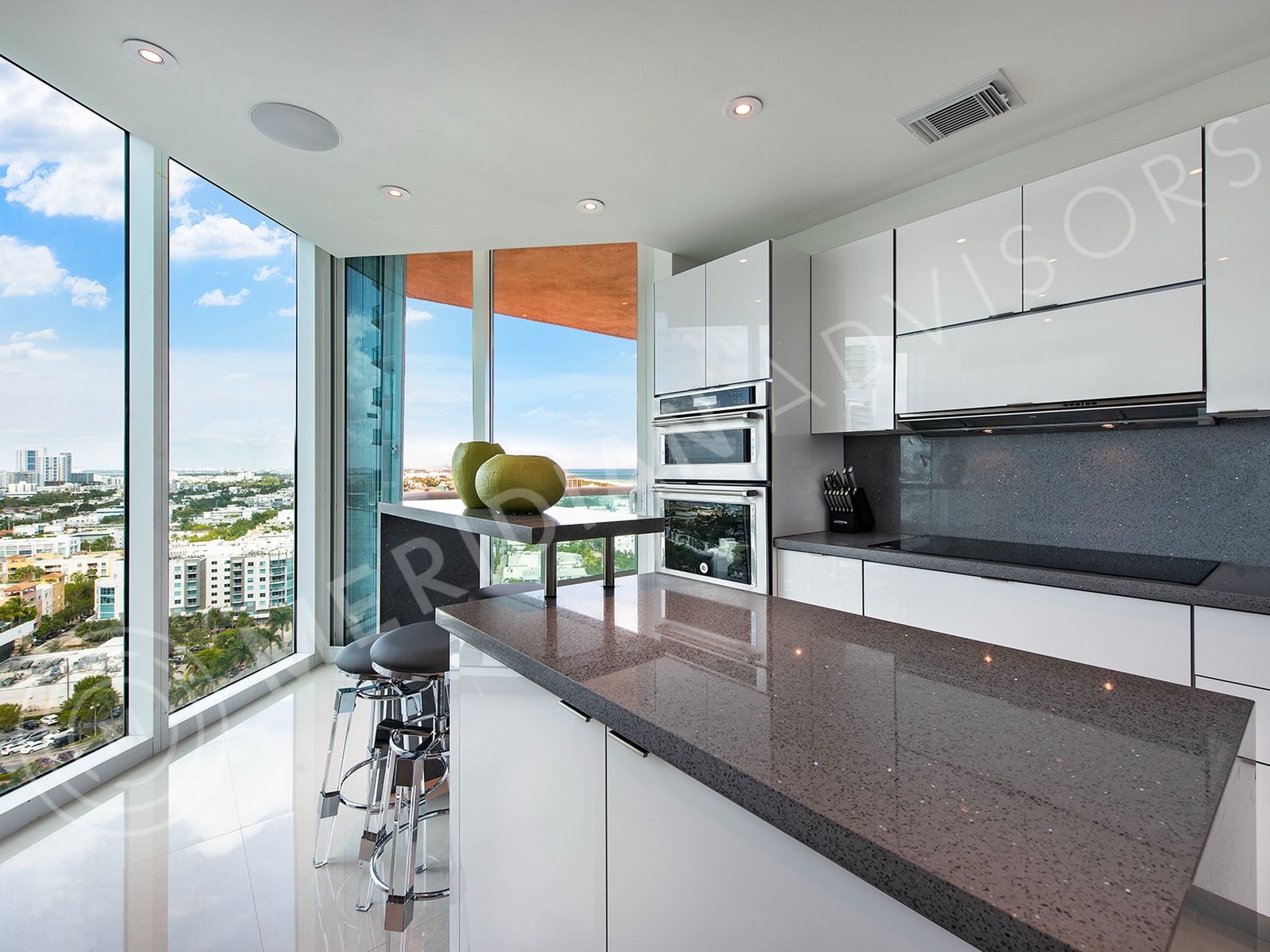 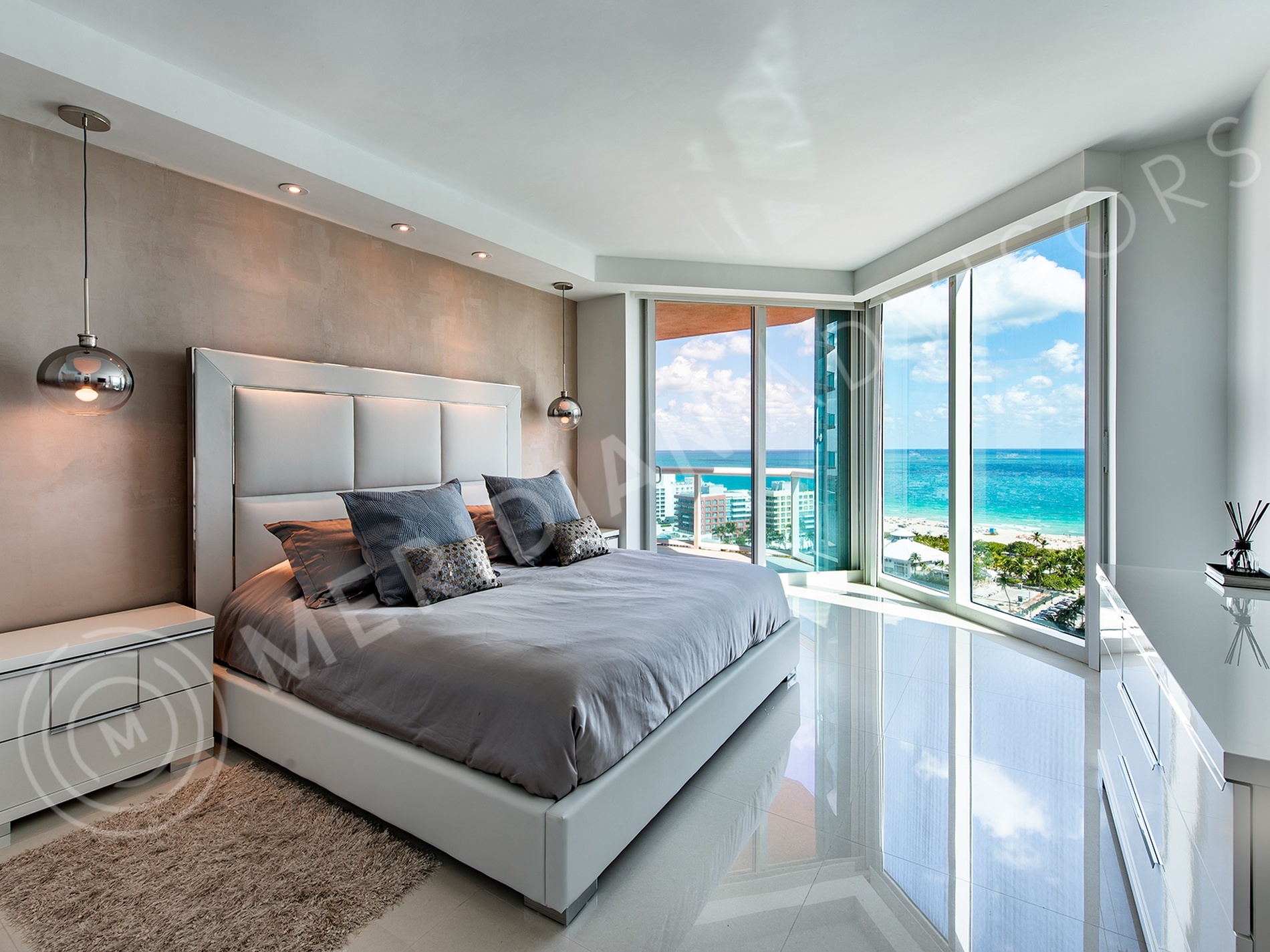 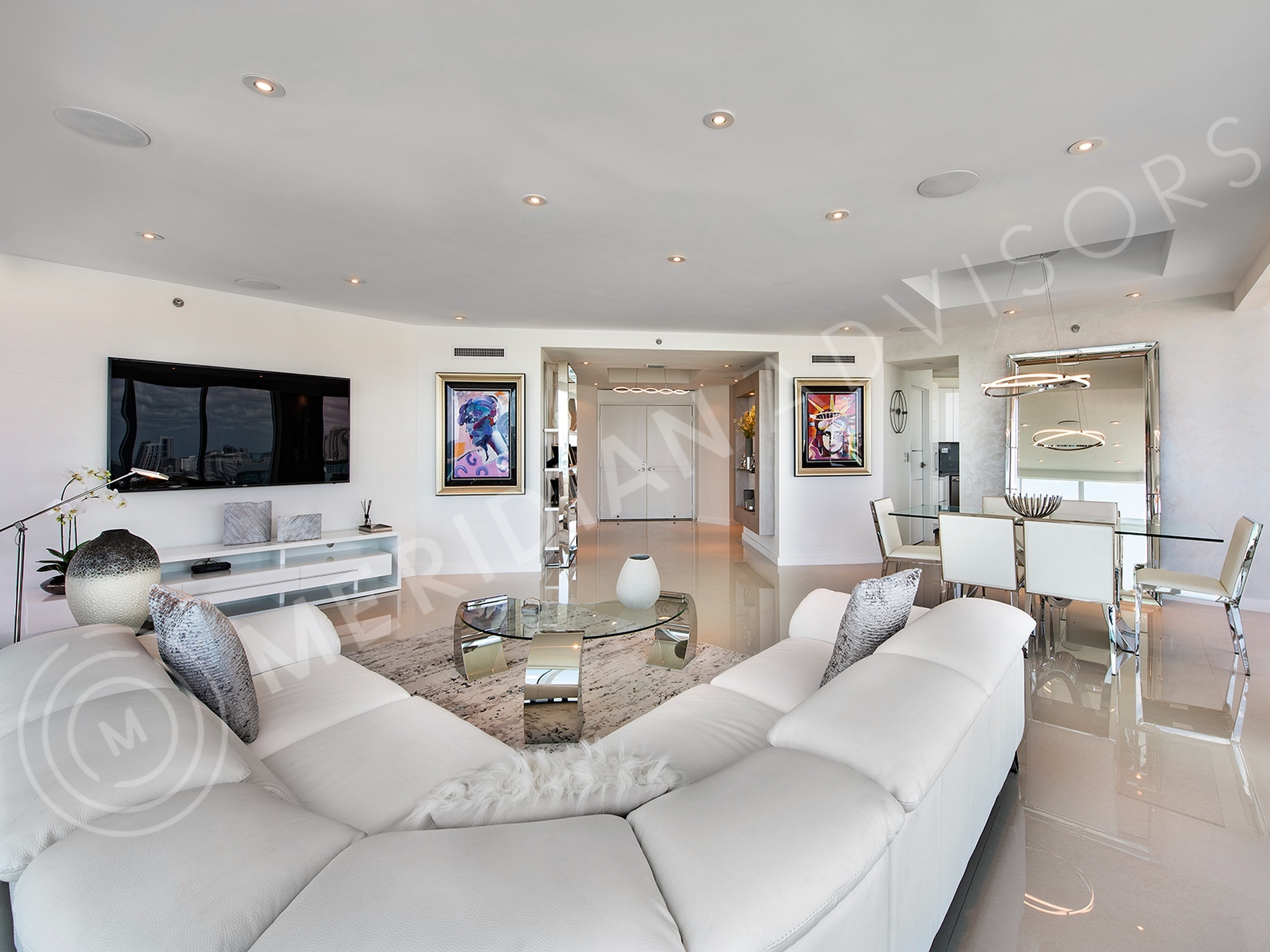 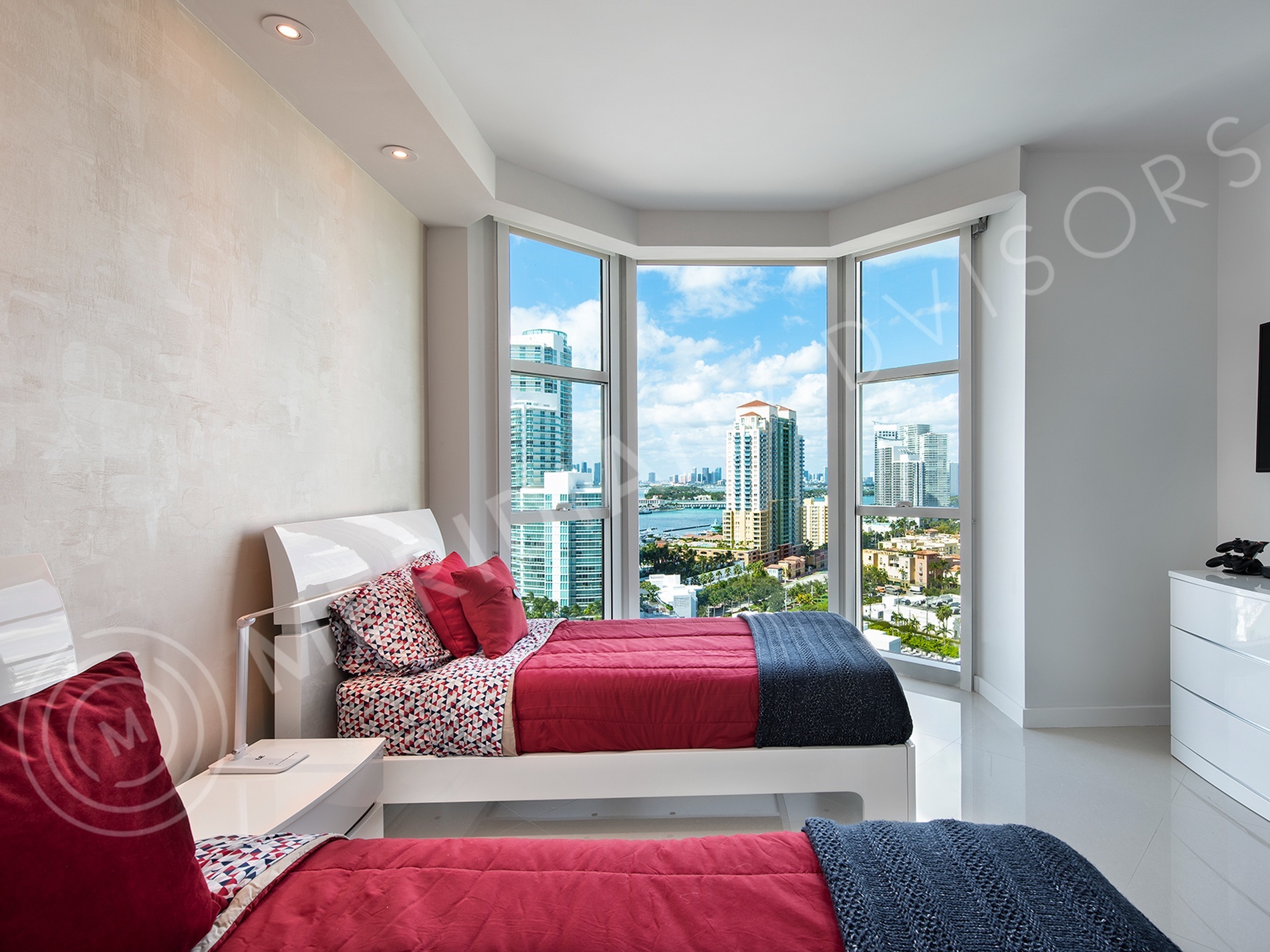 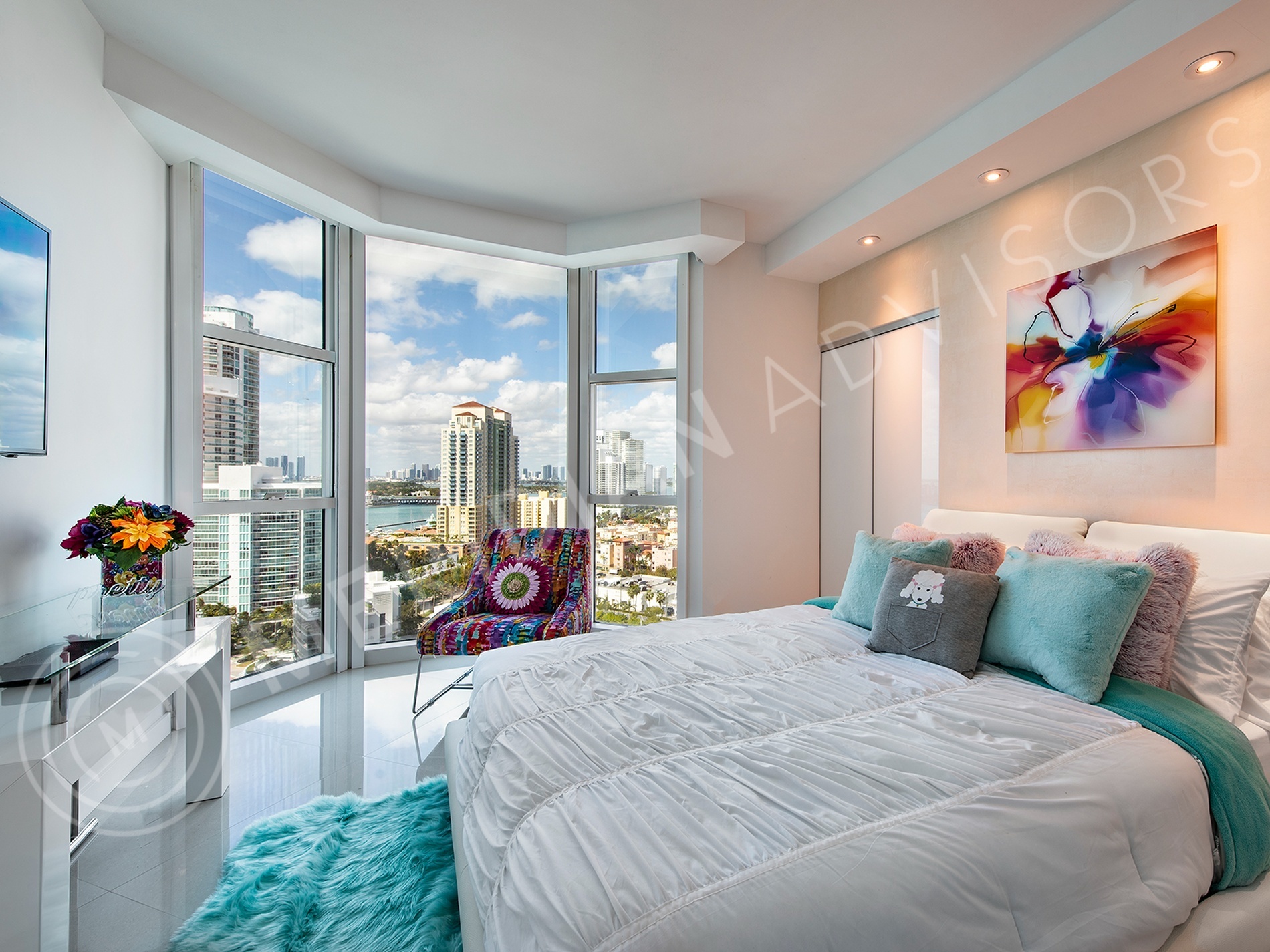 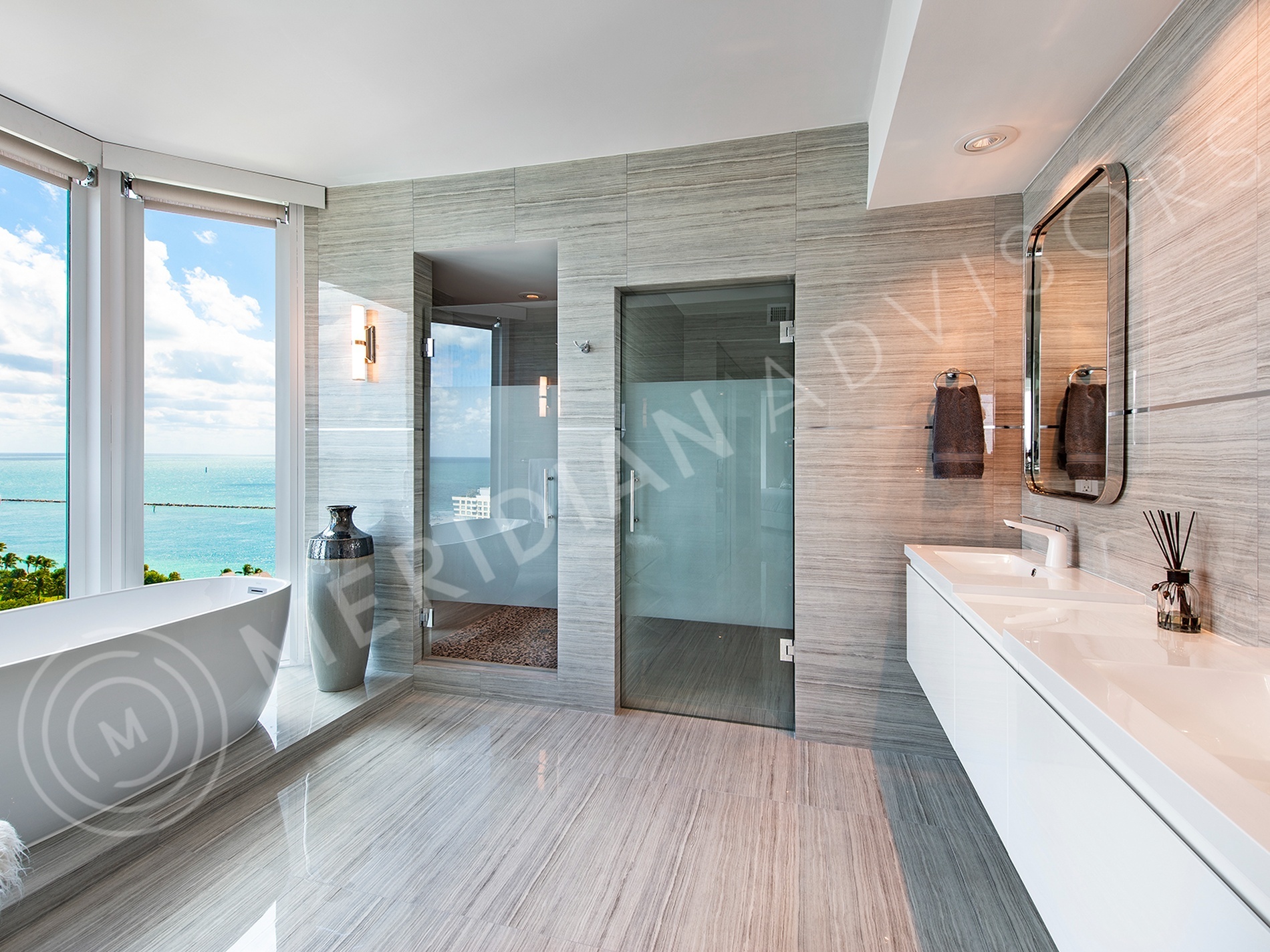 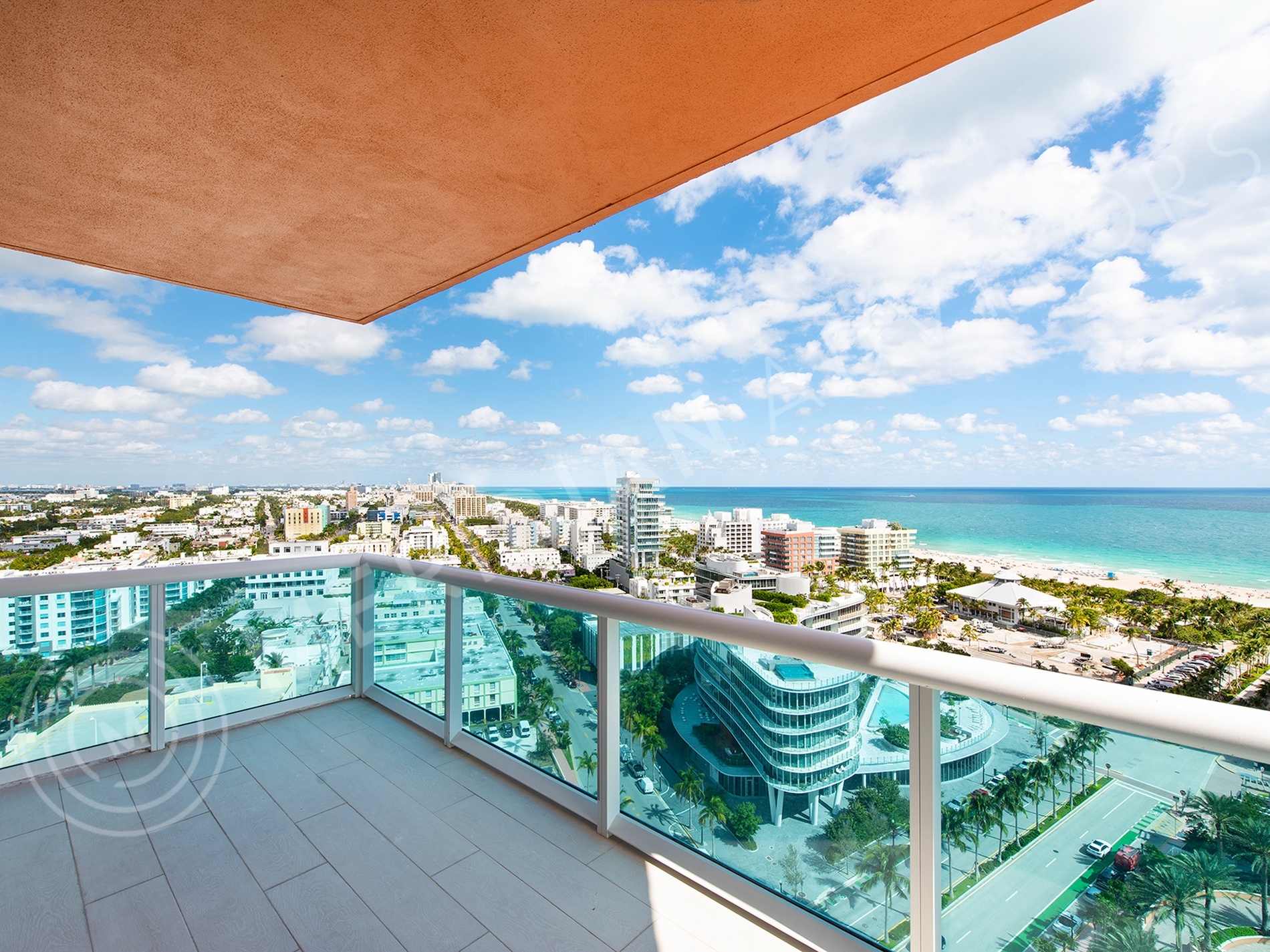 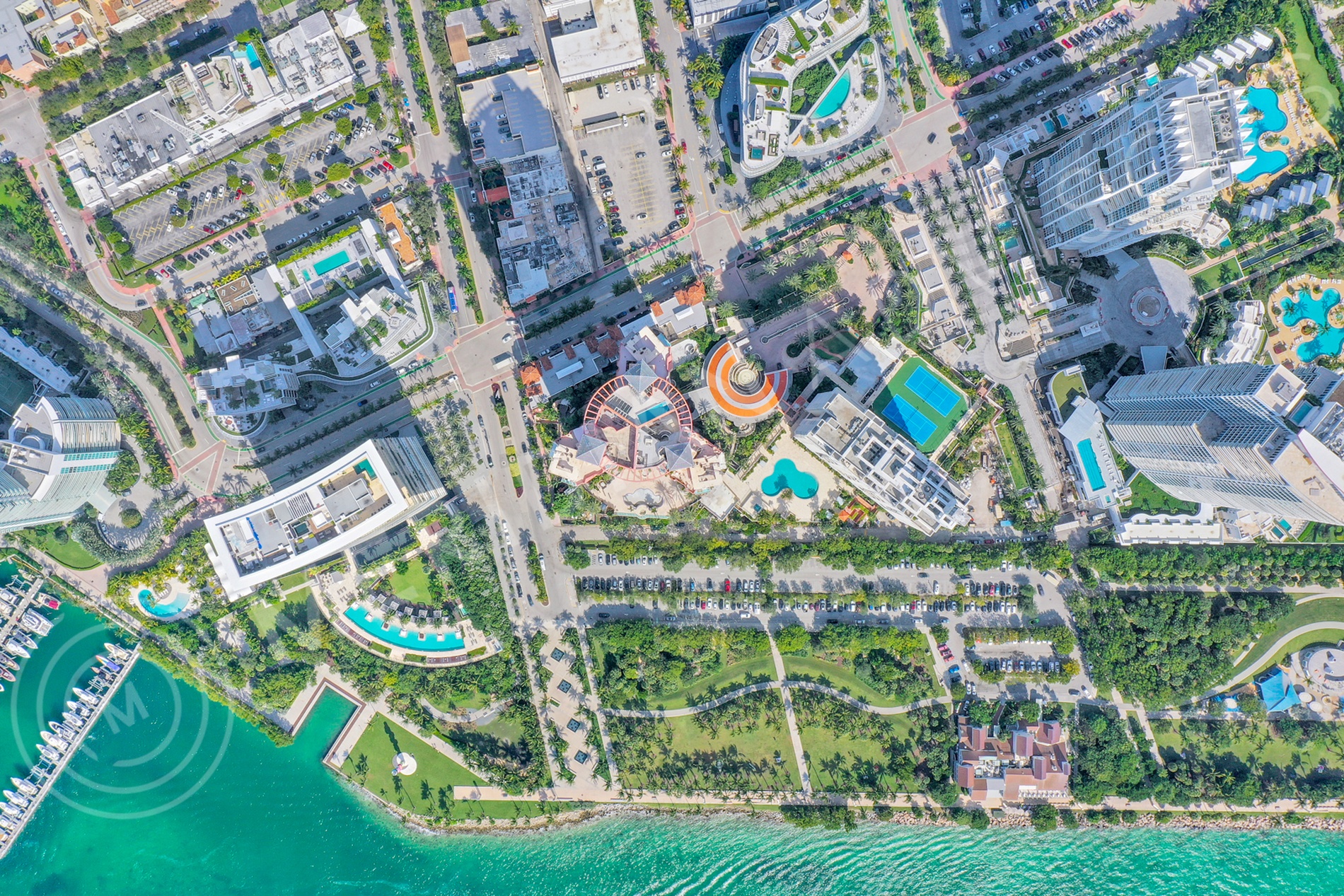 The Portofino in South Beach, more commonly known as the Portofino Tower, launched the trend for towering, luxury real estate in the burgeoning South-of-Fifth district. Built in 1997, the highlight of Portofino is undoubtedly its drop-dead spectacular views of Downtown Miami, Biscayne Bay, Government Cut, Fisher Island, South Beach, and of course the Atlantic Ocean. The 44-story building, designed by Sieger-Suarez and developed by the Related Group of Florida, contains 206 condos ranging from 1,090 to 4,510 square feet and from one to four bedrooms. The building features expansive floor plans, floor-to-ceiling glass windows, 9-foot ceilings, individual storage spaces, semi-private elevator foyers, and dramatic double-door entries for most residences.

Portofino shares its extensive roster of resort-style amenities and services, along with an entry drive, with the South Pointe Tower next door, allowing it to offer a more expansive array of amenities than might otherwise be available on its tight South-of-Fifth site. Many of them have also been recently renovated. Residents have access to multiple pools, a spa, a four-story lobby, a 29th-floor club room with billiards, a theater, a vast dog park, two tennis courts, and expansive gardens.

Located at the pinnacle of South Beach’s South-of-Fifth neighborhood, Portofino Tower is at an exciting crossroads of Miami. Watch the cruise ships glide by on Government Cut as you do sunset yoga at South Pointe Park, dine at Smith & Wollensky, or meander down the spectacular Miami Beach Bay Walk. A block to the north on nearby Collins Avenue, try out Prima Classe, an Italian market and cafe that’s truly a hidden gem. Finally, in the retail podium below Portofino Tower itself, there’s Lilikoi Organic Living, a casual and fun Hawaiian cafe.

6-month Minimum, Once Per Year

Buyers are willing to pay a premium for units in Portofino Tower. If you are even considering selling your condo, we'd love to help you maximize your equity. Get started by requesting a free home evaluation to see just how much your home is worth in today's competitive market!