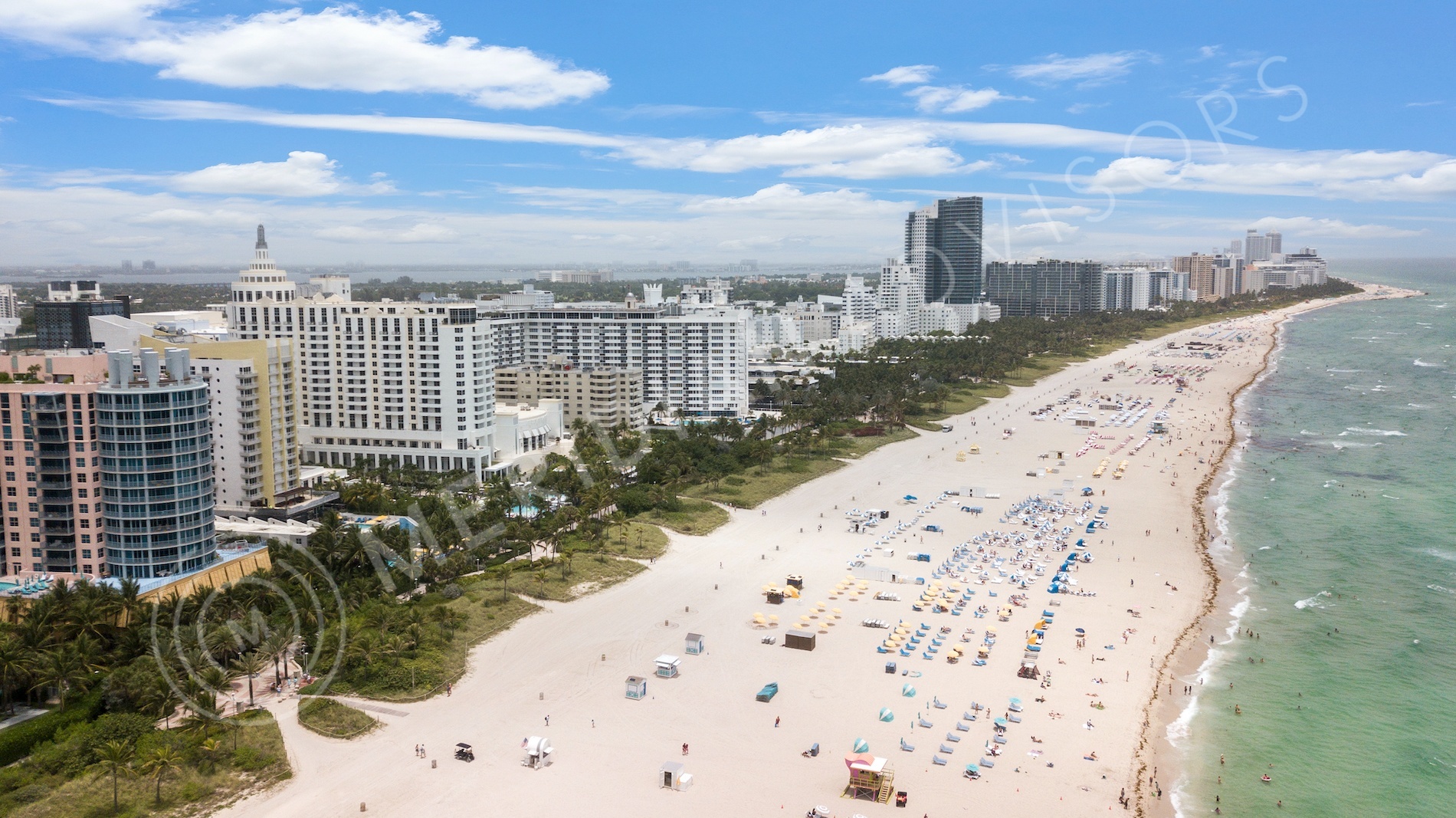 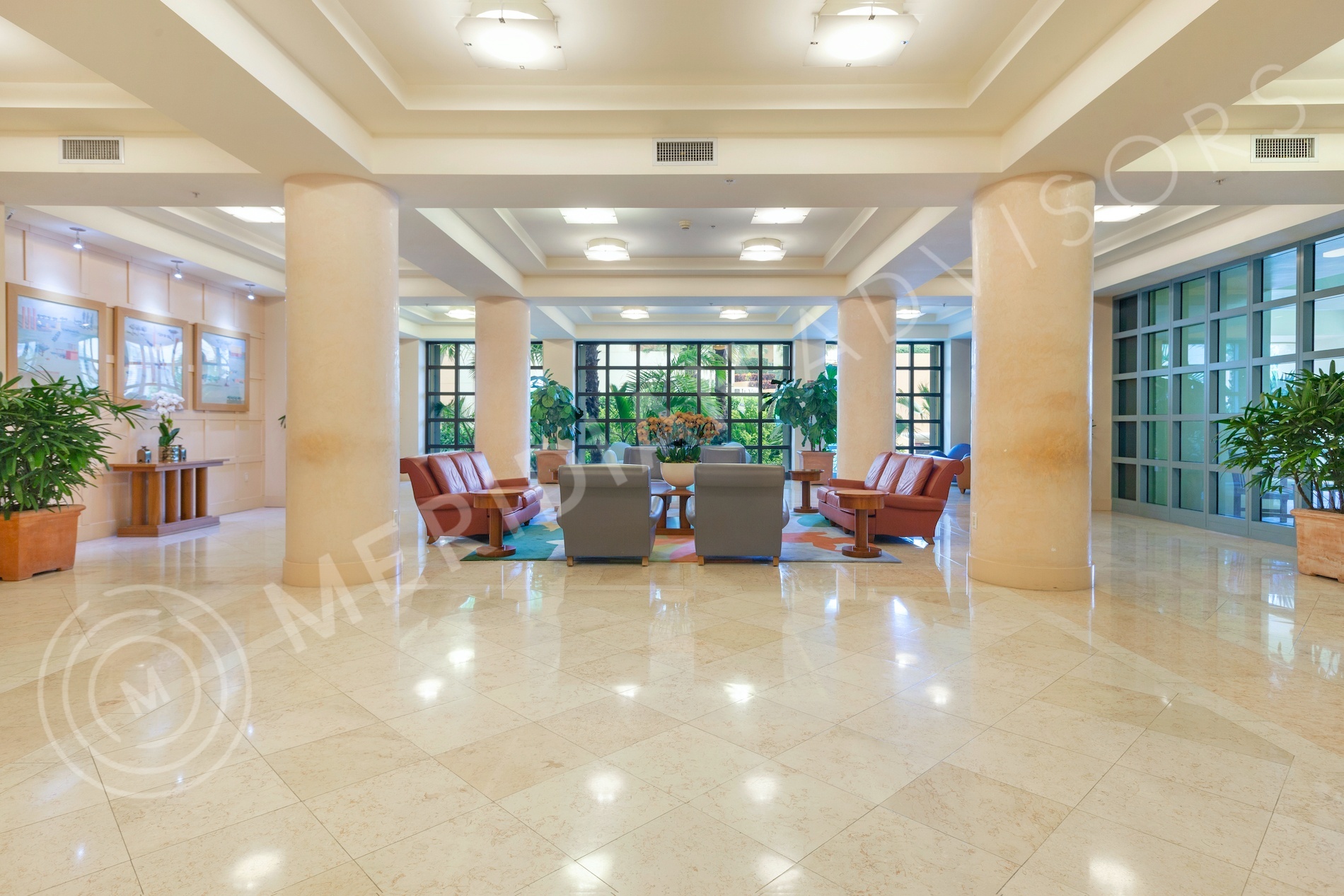 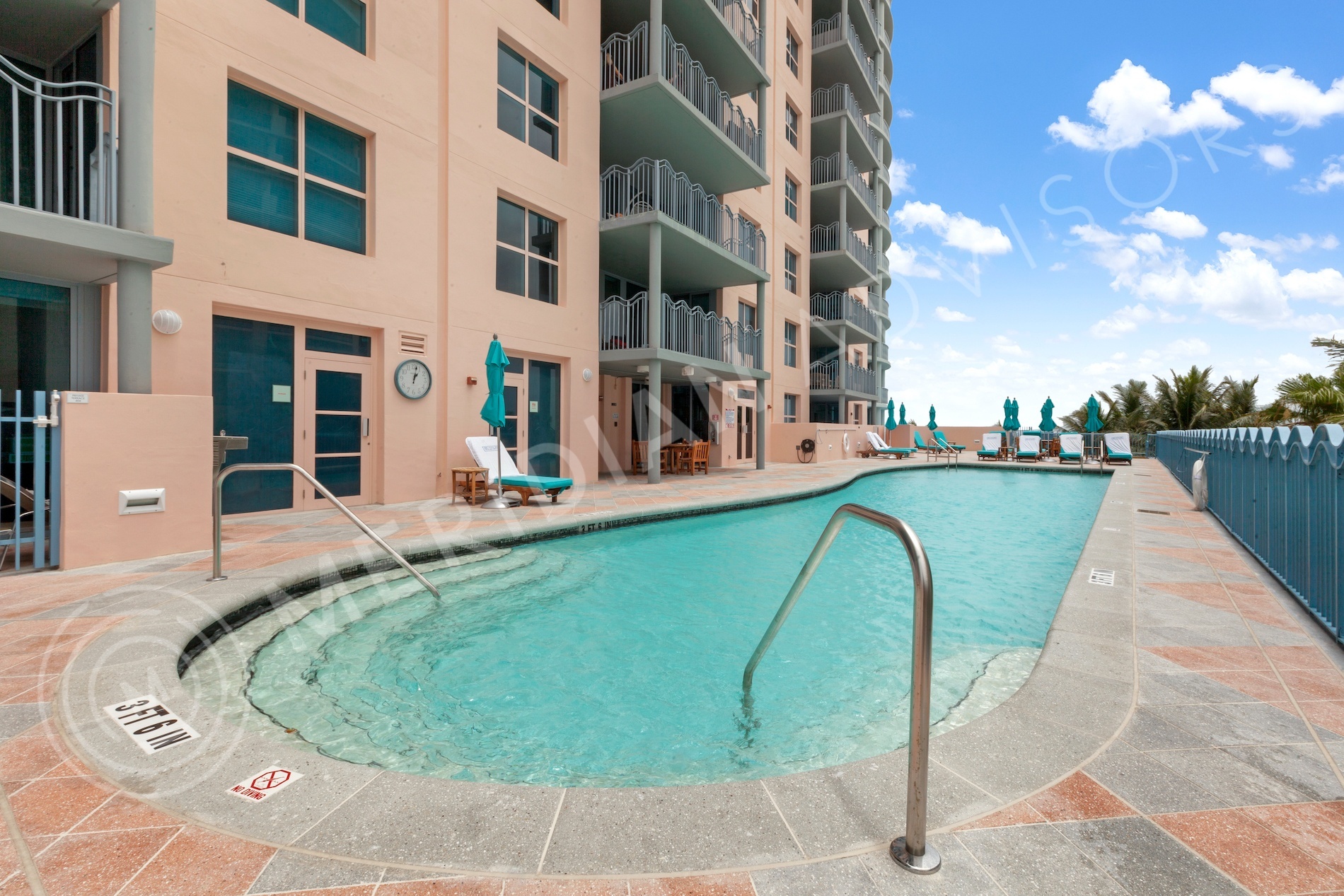 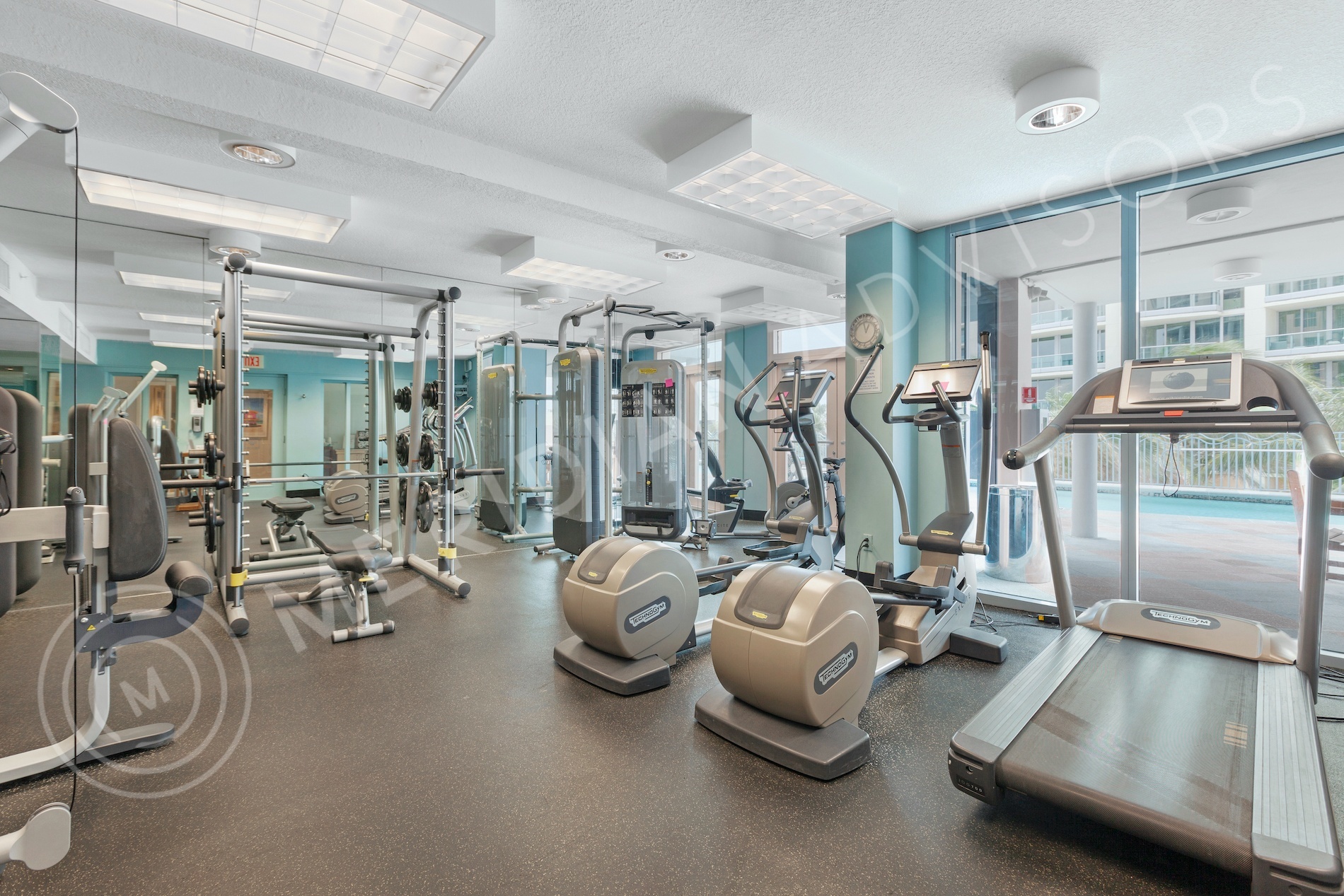 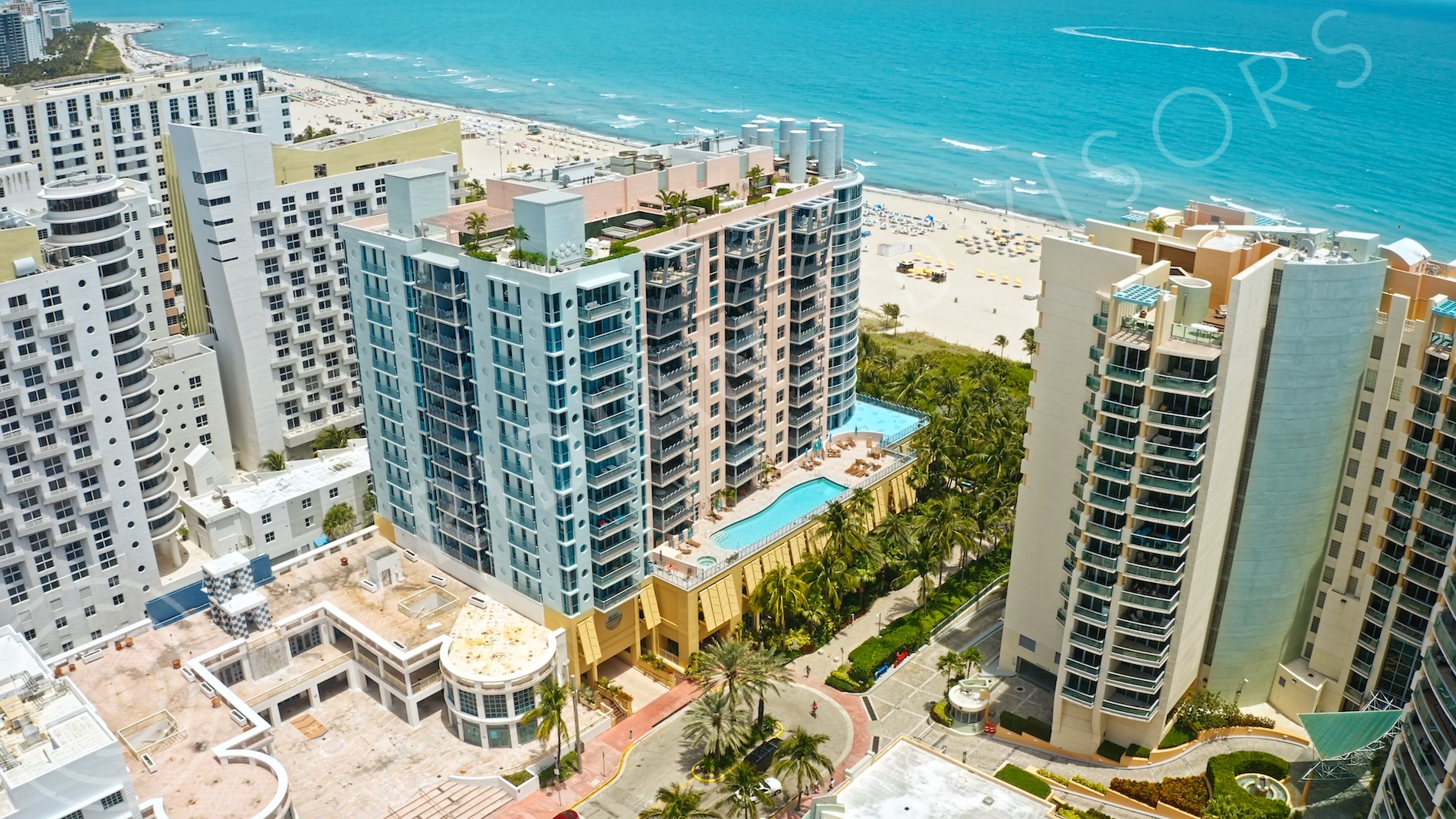 Built in 1998 directly on the ocean in the heart of South Beach, 1500 Ocean Drive was one of the first residential buildings in South Florida to be designed by an architect of the caliber of postmodernist impresario Michael Graves. In local real estate and architecture circles, it’s also known as Miami Beach’s first condominium with a signature architect, where the architect’s name recognition is significant enough to be used as an integral part of the marketing campaign.

Graves’ highly recognizable postmodernist aesthetic can be seen throughout the 16-story, 112-unit condo. There’s the cylindrical turquoise tower on the ocean-side with a funky roofline that could be interpreted as castle crenulations, a crown, or old-world industrial smokestacks. Meanwhile, the glass-enclosed lobby has thick, grid-like mullions blanketing the interior walls,, surrounding clusters of monumentally overstuffed club chairs. Architectural and design details come together to create a comprehensive whole, strong enough that Graves himself chose the building as his vacation residence, visiting frequently for many years before his death.

1500 Ocean Drive offers a variety of attractive amenities, such as a heated swimming pool, jacuzzi, and oceanside sun deck. There is a spa and a full-service fitness center with scheduled classes like yoga and pilates, a sauna, a steam room, and a residents’ lounge with billiards. The full-service building provides valet service, 24-hour security, and an attended reception desk in the lobby. However, 1500 Ocean Drive’s greatest assets are undoubtedly the white sand beach at its feet, the spectacular views provided to almost every unit, and of course its unbeatable location in the heart of South Beach.

From your front door, wander south along the world-famous Ocean Drive. You’ll pass the Front Porch Cafe, nestled in a shady breezeway, and of course the spectacular Betsy Hotel and its restaurant LT Steak & Seafood, both of which frequently play host to a wide variety of art world happenings and events. Further south is the recently opened Gabriel Hotel, where you’ll find Dalia, a chic restaurant specializing in Mediterranean delicacies in a space that reflects Floridian art deco and Cuban modernist architecture. Or follow the Miami Beach’s beach walk, an uninterrupted promenade from the tip of South Beach to Bal Harbour.

Buyers are willing to pay a premium for units in 1500 Ocean Drive. If you are even considering selling your condo, we'd love to help you maximize your equity. Get started by requesting a free home evaluation to see just how much your home is worth in today's competitive market!

Questions? We can help.